Evaline Stoker and Mina Holmes never meant to get into the family business. But when you’re the sister of Bram and the niece of Sherlock, vampire hunting and mystery solving are in your blood. And when two society girls go missing, there’s no one more qualified to investigate.

Now fierce Evaline and logical Mina must resolve their rivalry, navigate the advances of not just one but three mysterious gentlemen, and solve murder with only one clue: a strange Egyptian scarab. The stakes are high. If Stoker and Holmes don’t unravel why the belles of London society are in such danger, they’ll become the next victims.

It was decided that this book would be sent to me since my wee one’s (Kat) age is the intended audience. When I told Kat that a book was on the way and that she would be giving a review of it, she excitedly waited (and checked daily) for the mail. Last Wednesday, she rushed in with a package saying “It’s here Nana”! So, we opened it, and her first journey into the world of murder mysteries and great sleuthing begun.

Now, my wee one is the typical 13 year old girl. She loves things pink, she loves fashion, she’s into Skylanders…and video games. It just so happens that the same day we got this book, she also received a new video game that she had also been waiting for. She played that for a little while in her room and then came out and sat down and started the book. Even though she knew that I was an avid fan of Sherlock Holmes and have been watching him lately on Netflix, she basically knew very little about him and his stories except that he solved murder mysteries. So, when she started reading this book, and she read through the first 3 chapters before setting it down (remember, her NEW video game was here!), I knew that this book was something that was well written. After all, if it could take her attention from her favorite pastime and newly acquired and long-awaited video game, this author had accomplished  a great feat!

Kat set the book down several times to play her video games during the first half of the book. But then, somewhere just after the half way mark, when she started reading again, she just couldn’t seem to put it down. Even for her new video game. And she kept coming out from her room and telling me about what was happening in the story, VERY excitedly. And when she told me that she was close to the end of the book after about the 5th time of coming out from her room, I knew right then, that the author had a BIG hit on her hands!

When Kat finished the book, she told me all about it and said, “You’ll like this book, Nana.” And by George, she was right! Even though the intended audience is a young crowd, even some of us who are more acquainted with Sherlock Holmes will find this an interesting read. I could see why the first half of the book had a harder time keeping Kat away from her new video game than the last half because this is where the setup of the story is (naturally). And because this is Kat’s first introduction to a murder mystery, she’s not used to a longer developing plot. But, with that said, it DID keep pace and on par for her attention with her new game! This spoke volumes for this book. So, when I read it, I went in knowing it was a good read. I was not disappointed.

In classic Holmes style, this story is set in London, in 1889, at the dawn of electricity and the slow demise of steam generated mechanics and during the tumultuous time of Jack the Ripper. But here, steam generation reigns supreme. Electricity is outlawed. And three worlds are one. The world of the greatest sleuth of all times (Sherlock Holmes), the world of the greatest vampire story ever written, by Bram Stoker (Dracula) and the world of technology from steam mechanics (there’s an awesome steam mortorcycle and air ship!) to time travelling, combine to create a most delightful stage for not only solving a murder but also involving deduction about an ancient secret society which introduces an arch nemesis for the great young female Holmes. No, there are no vampires. But there is a vampire hunter! And, there’s a new generation involved, the niece of Holmes and the younger sister of Bram. Both are teenagers, coming into their own greatness and carrying on their families’ tradition for sleuthing and solving mysteries. 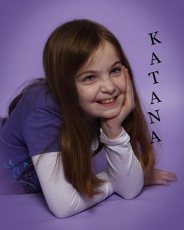 “I like this book and I recommend it to any teen who likes murder mysteries. What kept me reading is the intrigue that faced the young teenage sleuths and the way the author combined the ancient world with the future.

The story starts with a mystery. A meeting is set up by Miss Holmes receiving a letter with directions to go to the British Museum at midnight if she was willing to follow in her family’s footsteps as her help was needed. But there was no other information. No signature and other information would be given only at the meeting. She decided to accept the invitation. There, she met up with another young girl who happened to be another sleuth of a different kind, a vampire hunter and together, they went into the museum to meet with who sent them both the invitation.

They meet up with an older lady who tells them about 2 murders and a disappearance of 3 young teenage girls from well-known wealthy families which she wanted them to help find out who the murderer was. Found at each scene was a scarab. Which Miss Holmes found to be a mechanical geared device.  While at the meeting, they heard a noise and followed it and found a weirdly dressed young man bent over yet another murdered young girl. And this began the mysterious journey through London, time and ancient secrets that kept me wanting to read this to the end. I hope the author makes this into a series because I want to read more about Miss Holmes and Miss Stoker and find out if the boy returns to his time in the future and if Ankh, Miss Holmes arch nemesis, returns.”

This is a very well written book which keeps you on the edge of your seat and waiting with bated breath as to what happens next. It even ends with a mystery! With the clever combination of ancient secrets, old and futuristic technologies, historical and fictional history set in the near past of today’s world and the fact that it kept my wee one’s attention and wanting more, we give this book 5 thumbs up!

Disclosure of Material Connection: We received this book free from Chronicle Books. We were not required to write a positive review. The opinions Kat and I have expressed are our own. We are disclosing this in accordance with the Federal Trade Commission’s 16 CFR, Part 255 : “Guides Concerning the Use of Endorsements and Testimonials in Advertising.”

One thought on “Review: Clockwork Scarab”

In memory of John Wolfe "Seasons of Shadows". Miss you brother.