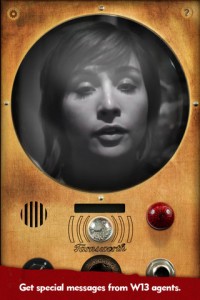 ATTENTION: WAREHOUSE 13 AGENTS AND STEAMPUNK FANS!
Turn your iPhone into a working Farnsworth just like the agents use on Warehouse 13!

The Farnsworth Video Communicator – from the makers of the Super 8 app – lets you exchange video and audio messages in an interface that’s a spitting image of the steampunk device from Syfy’s hit TV series. (We should know – QMx also makes the hero Farnsworth props seen on the show.)

Using the Farnsworth Video Communicator, you can record and send birthday greetings, update your friends and family, collaborate with a colleague and much more. The possibilities are infinite!

With this retro-cool app, you can send and receive video or audio-only messages super-fast over *any* Internet connection. All you need to do is invite (or be invited by) another Farnsworth user to exchange messages and you’re ready to go! 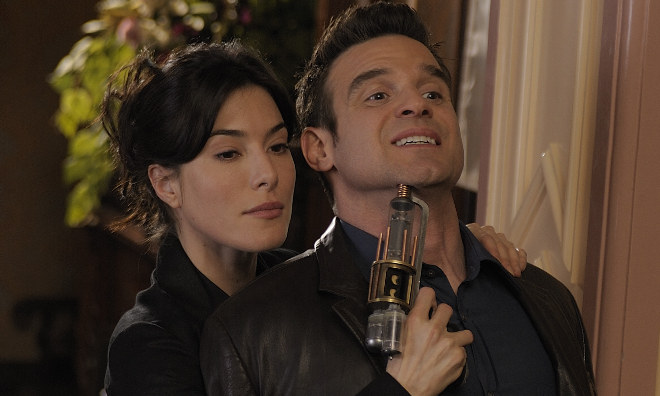 I was reading about io9’s early viewing of the anticipated steampunk spin-off of Warehouse 13 (link). Since it is set in the past, I guess it will be called something like Warehouse 12. On the one hand, I am really looking forward to the show, but on the other hand we are talking about the Syfy channel.

After all,  nothing says scifi better than a wrestling or cooking show.

I guess that it is true, Myka is gone. 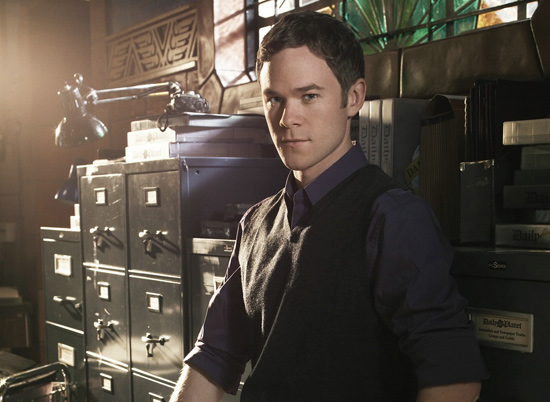 In addition to Smallville, Ashmore has appeared in series such as In Plain Sight, Veronica Mars and Fringe.

The third season of Warehouse 13 will return with 13 new episodes beginning this summer.

Warehouse 13 follows follows a team of government agents who work at a massive, top-secret storage facility in windswept South Dakota which houses every strange artifact, mysterious relic, fantastical object and preternatural souvenir ever collected by the U.S. government. The Warehouse’s caretaker Artie Nielsen (Saul Rubinek) charges Pete Lattimer (McClintock), Myka Bering (Kelly) and young apprentice Claudia Donovan (Allison Scagliotti) with chasing down reports of supernatural and paranormal activity in search of new objects to cache at the Warehouse, as well as helping him to control the Warehouse itself.

Warehouse 13 is produced for Syfy by Universal Cable Productions. Jack Kenny (The Book of Daniel) is Executive Producer and Showrunner.

Warehouse 13 received its first ever Emmy nomination in 2010 with a nod for Outstanding Main Title Theme Music by composer Ed Rogers.