There was a time when I was very critical of Josh Gates and his methods. I really didn’t “get” his humor and I thought that it may not be taken in the best way by the various cultures. As time rolled by, I gave his show “Destination Truth” a chance and learned to love it. Gates has a new show, “Expedition Unknown’, which is very much like “Destination Truth”. In this episode, “Viking Sunstone”, Gates explores the myth of the Viking sunstone. Having some “Norman/North-man” lineage, I enjoyed every minute of it. I would love to have been on this adventure, though I may have passed on the herring.

The show is vintage Josh Gates. If you liked Destination Truth, you should like Expedition Unknown.

Expedition Unknown chronicles the adventures of Josh Gates as he investigates iconic mysteries across the globe. Gates begins by interviewing key eyewitnesses and uncovering recent developments in the story, then springboards into a fully immersive exploration.

That’s right, Destination Truth will have a new season despite struggling with ratings. Things looked pretty bleak for our world famous traveler. However; Syfy finally decided to pull the trigger and give DT another season. 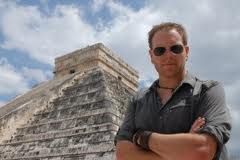 This season Josh and the crew will investigate: Transylvanian vampires, Mayan ruins, Vietnamese phantoms, and will return to the haunted forest of Romania.

I’m sure that there will be plenty of laughs and adventure. I have to admit that Ghost Adventures and Destination Truth are my guilty pleasures.

This is my idea of a Naree Pon …

Still the show was fun: Josh got stuck in handcuffs, Ryder ate a bug, Rex fell off an elephant, and Josh almost fell in a hole. The second half had the DT team hunting for sea serpents — again.

At least, we got to see Ryder in a bikini top. 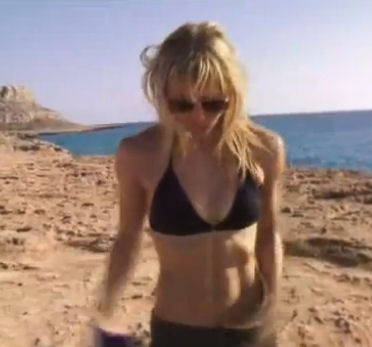 I can’t help but think that a couple of the current paranormal shows will soon become ghostly memories. Let’s take a look at “Fact or Fake.”

For whatever reason, the show continues to stray from its premise. Is the viral video fact or faked? Instead, we watch as the show, all to quickly, abandons its video debunking to do some ghost hunting. If we wanted to watch ghost hunting there are several programs that do that very thing.In last night’s episode, “S02E02: Thermal Theater Ghost; Fire in the Sky” we watch the FoF team ghost hunt for the second episode in a row.

I was also disturbed by the heat signature interpretation by the stuntman of the team. The heat source seemed to disappear, as if my magic, when another team member walked up. It would seem to me that the thermal camera is adjusting to the larger range of temperatures as Bill or Chi-Lan walk into the shot. I believe that the team either intentionally or unintentionally misinterpreted the thermal readings.

In the second part of the episode, the team concluded that the lights in the sky was a night-time parachute team. At the conclusion, Ben congratulated himself and the team for figuring it out. However; the local news channel said that the event was “airshow maneuvers“and reported that more would happen the next night. Are we to believe that FoF’s research was so bad that they didn’t check with the local TV station or the locals? If they did know what the lights were, why string us along with the experiments? Why congratulate yourself for solving a mystery that wasn’t a mystery?

Is the show “Fact or Fake” fact or fake? I would say fake!

Even though it’s ratings are dropping, I don’t see this show going off the air in the next couple of years.  I would like to see them return to their roots of helping people. In this week’s episode “S07E06: Frozen in Fear”, the team travels to another Haunted Theatre. Yes, the place bills itself as a haunted theatre — another perfect place to hold a Ghost Hunters convention ( so of course it’s haunted ).

The evil part of me wanted to see Steve stranded on the frozen island unable to fly off. The best part of the show is the dog and she may be the smartest one of the team.

DT is another one of those paranormal shows that I think will not last. The episode “S04E11: Sandstorm Spirits; Cerro Azul Monste” is a ghost hunt in Namibia and an investigation of a dead sloth. As for the ghost hunt, why make your show like so many others? A quick google search would solve the dead sloth mystery and I felt that they strung me along knowing that it was nothing.

There seems to be a desperation to the stunts on the show. I get the feeling that they know the show is on the chopping block. In this episode, one guy falls from a raft on the way to meet some people in native costume. My thought native costume = tourism and tourism = roads.

Funniest line, “claws perfectly designed to tear flesh from bone.” Oh Josh, that was so funny and yet so sad.

Hey, I love this kind of stuff. Even though it is a chicken. If Destination Truth had really found something it would be all over the news. Just remember what happened when Josh allegedly found a Yeti footprint. The media was all over him.